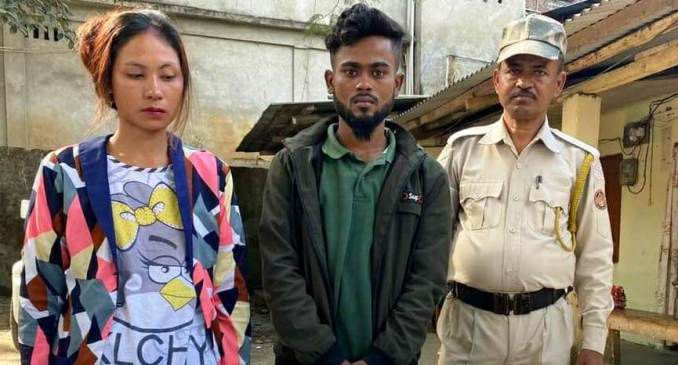 Two persons, including a woman, were on Thursday arrested with heroin and cash by Lakhimpur police at Banderdewa along the Assam-Arunachal Pradesh border.

Acting on a tip-off, a team of Lakhimpur police arrested one Saiful Islam and Rita Bora from No. 2 Parbatipur in Banderdewa.

Heroin weighing 10.3 grams and cash of Rs. 1.39 lakhs were recovered from the possession of the arrested persons.

Earlier on November 17, one Rahul Bora was arrested along with 30.26 grams of heroin in Bnaderdewa.

Another two smugglers were also arrested on November 10 with narcotics from the same area.