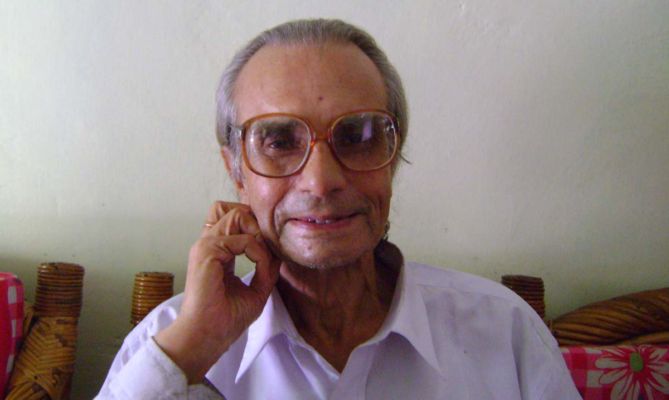 Renowned Assamese filmmaker and veteran artist, Jiban Bora has passed away at his residence in Assam's North Lakhimpur after a prolonged illness. He was 89.

People in large numbers paid their last tributes to the playwright in the North Lakhimpur Government HS School playground and the Nata Sainik office in North Lakhimpur on Tuesday.

His mortal remains were also taken to the Panigaon Pragati Sangha in Panigaon, of which he had been the president.

His last rites were held in North Lakhimpur on Tuesday afternoon.

Born on November 14, 1931 at Panigaon in Lakhimpur, Bora participated in the independence movement from 1944 to 1947 as a student leader.