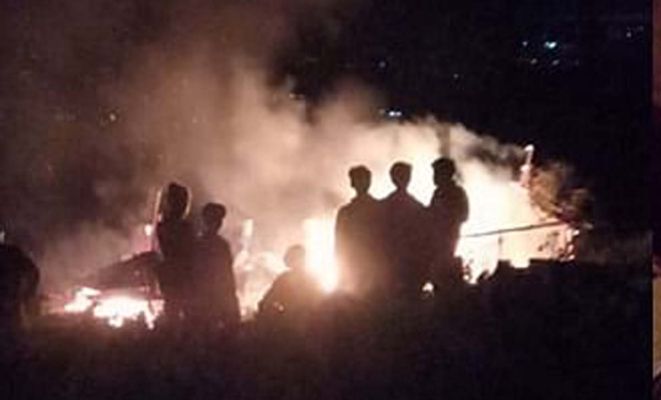 Three minor girls died while a minor boy received serious burn injuries in a massive fire incident in the Kangpokpi district of Manipur.

According to a media report, the incident took place on Wednesday in the jungle of K Moljol village near Keithelmanbi in Kangpokpi district.

The minor boy, who received serious burn injuries, has been identified as Seiminlal Tuboi.