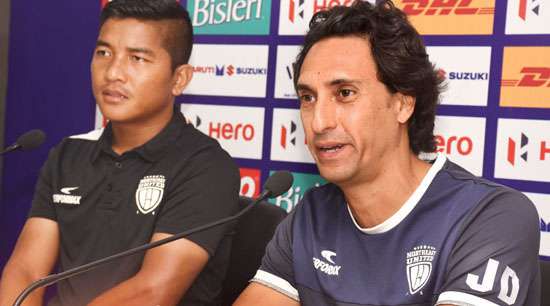 With the NorthEast United FC is set to take on debutants Jamshedpur FC in the second match of the Indian Super League (ISL) season four at the Indira Gandhi Athletic Stadium at Sarusajai here on Saturday, soccer fever has gripped the fans all over Guwahati.

The Tata Group-owned Jamshedpur FC will make their debut in the ISL as well as in Indian football while the hosts NorthEast United FC come into the competition as one of the two franchises in ISL who have never reached the play-offs in the last three seasons.

"This is our first game and we don't have collective information about their team.