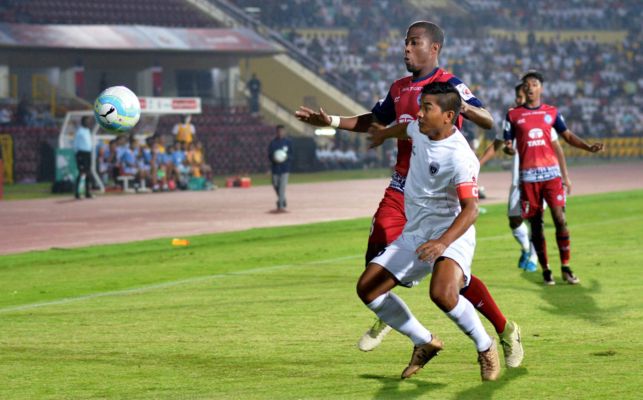 NorthEast United FC can count themselves unlucky for not getting anything more than a point in their goalless 0-0 draw against debutants Jamshedpur FC in the opening round of the Indian Super League (ISL) season four clash at the Indira Gandhi Athletic Stadium here on Saturday.

The hosts were the dominant side, particularly in the second-half, but could not finish off some impressive moves as the goalpost denied them twice and rival goalkeeper Subrata Paul came up with a superlative save in a one-on-one situation.

NorthEast United were quick off the blocks.

Marchino, NorthEast United's new Brazilian acquisition, had the first big opportunity of the game early on after Jose Goncalves found him at the edge of the six-yard box with a precise cross.

The midfielder, however, only managed to blast the ball over the crossbar.