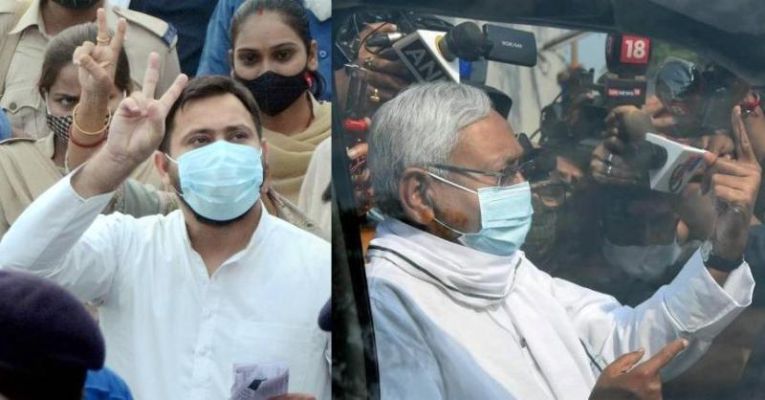 Bihar elections: Glory in defeat and ignominy in win

Which political party or political combination won Bihar elections? Of course the NDA. Is it really so? Let us delve a little deep and try to understand the scenario of the Bihar elections. Nitish Kumar was made the chief minister last time when the RJD and JDU combine won the elections. Lalu Prasad Yadav was at the helm of the RJD at the time.

Many of us still remember the famous hug of Lalu and Nitish and their beaming smiles when the latter went to meet Lalu after the declaration of elections. But Nitish broke away midway from the RJD and formed an alliance with the BJP. Lalu was put to jail.