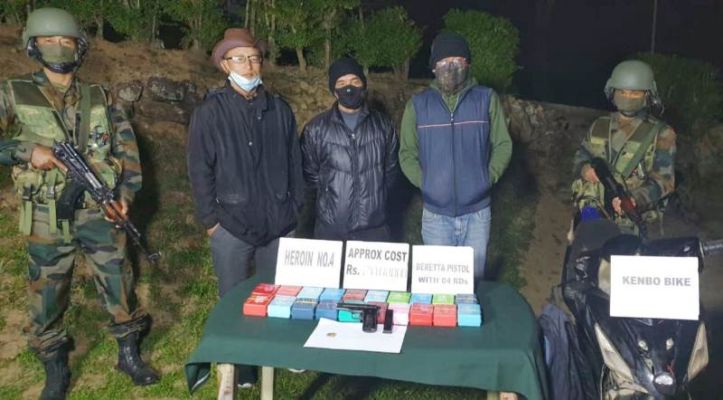 Troops of Assam Rifles have recovered weapons and seized substantial grams of heroin and Chinese bikes in two separate locations in Mizoram, an official of Assam Rifles said on Tuesday.

Acting on tip-off, troops of the Assam Rifles seized 261.4 grams of heroin and recovered a Bretta pistol with four live rounds and also a Kenbo bike during operation in Zokhawthar village in Champhai district on the Mizoram-Myanmar border on Monday, the official said.

He said that the seized heroin worth Rs 20 lakh in the international market and a Chinese bike was smuggled from Myanmar.

The operation in Zokhawthar village was conducted in collaboration with volunteers of Young Mizo Association (YMA) and Village Level Task Force, he said.