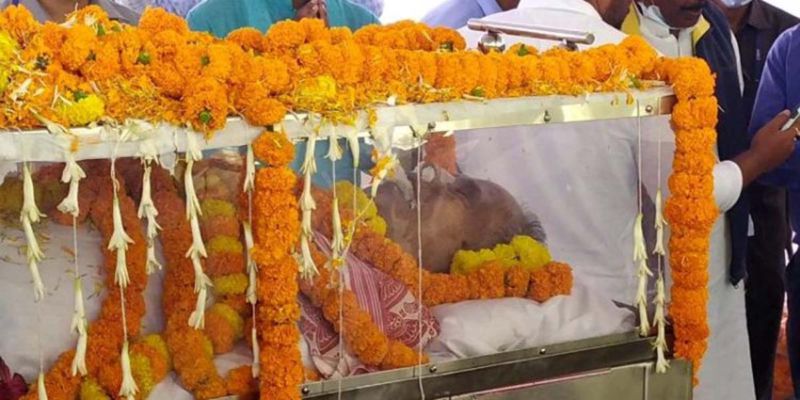 Assam government has declared half-holiday on Thursday as a mark of respect to the former three-time Assam chief minister Tarun Gogoi.

Tarun Gogoi, who died at 5.34 pm on Monday, will be cremated with full state honours at the Nabagraha Cremation Ground on Thursday.

According to a government order, the state government, semi-government offices, public sector undertakings, corporations, boards and educational institutions will remain closed from 1 pm on Thursday.

In a WT message to the respective officials, the secretary to the government of Assam, general administration (A) department, said: "The state government of Assam expresses with profound sorrow at the sad demise of Sri Tarun Gogoi, former chief minister of Assam."

"As a mark of respect to the departed soul, the Govt.