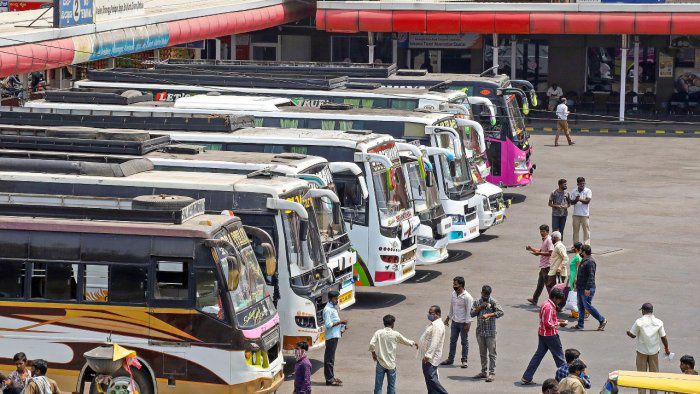 Bus services were hampered for the sixth consecutive day in Karnataka, as the strike by the employees of the road transport corporations on wage related issues continued on Monday.

With a stalemate between the government and employees of the four transport corporations in the state, over their demand for wages as per the 6th Pay Commission continuing, majority of the workers did not turn up for work, resulting in buses remaining off road, affecting commuters.

Amid threats of tough action, "no work no pay", few RTC employees have returned to work and are operating buses on some routes in the city and different parts of the state.