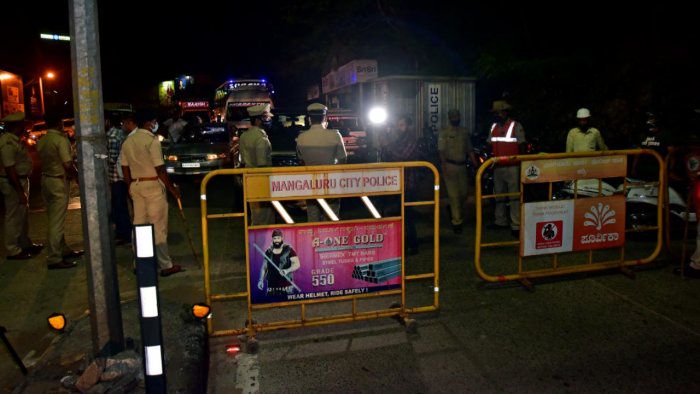 A total of 68 vehicles were seized on the first day of night curfew, announced by the state government, in Mangaluru city corporation limits on Saturday.

According to City Police Commissioner N Shashi Kumar, 64 two-wheelers and 4 four-wheelers were seized.

The night curfew was announced in eight cities in Karnataka as a measure to check the spread of Covid-19.

All vehicles plying after 10 pm were checked and unnecessary movement of people was brought under control during the curfew hours between 10 pm and 5 am. The police were seen warning those who were found loitering.