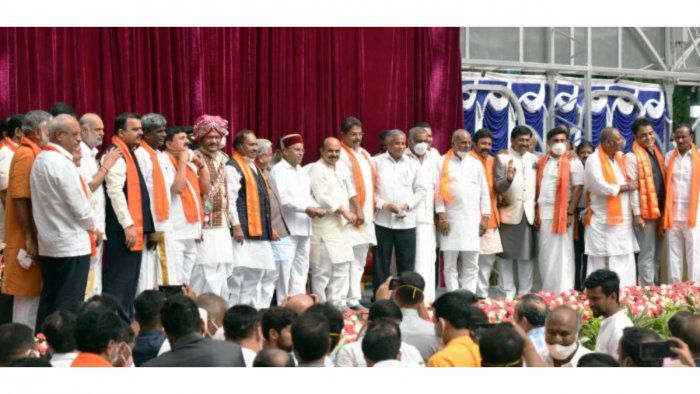 In a fully packed venue at Raj Bhavan and amid a rousing cheer from their families and supporters, 29 BJP legislators took oath as ministers on Wednesday.

Raj Bhavan wore a festive look as the family and supporters of the new ministers gathered at the venue. Many waved posters of their leaders, celebrating the moment. The venue also occasionally reverberated with 'Jai Shri Ram' chants in between, as supporters cheered on their leaders taking oath as ministers.

Former chief minister B S Yediyurappa sat in the front row and took part in the proceedings, even as the new ministers greeted him and some sought his blessings after taking oath.