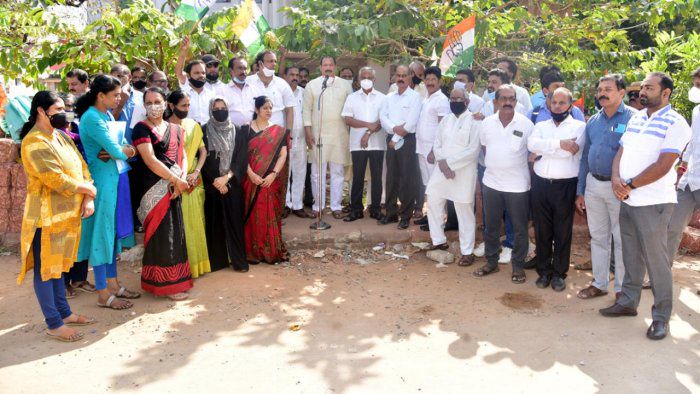 Expressing solidarity with farmers protesting against contentious farm laws in Delhi, the Congress workers of Mangalore South Assembly constituency staged a protest in front of the Mini Vidhana Soudha in Mangaluru on Monday.

District Congress Committee had decided to hold a protest in all the Assembly constituencies against the Central government, opposing the farm laws that were passed by the government recently.

The protest was held in Mangaluru under the leadership of former MLA J R Lobo and former MLC and AICC secretary Ivan D'Souza.

Addressing the protesters, Ivan D'Souza accused the Centre of failing to understand the woes of the farmers.